THE HISTORY OF WOODLAND MANOR

Woodland Manor is a beautiful country house and hotel located in the heart of Bedfordshire. Surrounded by glorious woodland gardens, it is the perfect place for a rural weekend escape. The venue is available for exclusive hire year round for every occasion, including weddings, private parties and corporate functions.

The story of Woodland Manor, can be traced back to 1812, when the 23 acre lot on which our tranquil venue now resides came up for auction, along with a cottage and carpenters lodge. At the time of the sale, the lot description insightfully suggested that the estate, then simply known as the Woodlands, had “the capability of being made into a highly ornamental and picturesque residence".

Attracted by the "extensive views and rich quality" of the land, as well as extremely reasonable parish rates, former Mayor of Bedford John Thomas Dawson purchased the lot. Here, he built the original Woodland mansion four years later. Having lived in the property for several years, John Thomas Dawson passed away in 1850, leaving his eldest son, the Reverend John Frederick Dawson, to inherit the estate.

It was the clergyman’s own demise 20 years later that ended in a macabre attempt to settle a dispute over inheritance.

The reverend was twice married, having one son with his late first wife, and a son and a daughter with his second. He left the estate to his youngest son and amply provided for his widow and daughter. His first son, meanwhile, received an annuity.

Around this time, a rumour gained circulation that the previous owner of the property, John Thomas Dawson, had written a will, under which succession of the property was settled upon the principle of primogeniture – whereby the eldest son inherits the estate.

It was a possibility that John Frederick’s firstborn could not leave to chance. An initial search for the will was fruitless; however, new gossip soon surfaced to the effect that the legal documents had been placed in the coffin of the reverend just before his burial.

A local newspaper of the time picks up the intriguing story:

“The carpenter who had screwed down the lids [of the coffin] averred that previous to this being done the nurse who had attended the deceased in his last illness placed under his body a bundle of documents tied with red tape. In this way an impression got abroad that the supposed will of entail had been buried with the Rev J F Dawson.”

It took all night to lift the gravestone while constables stood by to keep back interested onlookers. At last the coffin was broached to reveal the documents. Alas, the sodden papers were discovered to be love letters which had passed between the reverend and his first wife and placed by his side as his last request.

Since this exciting, if somewhat morbid, episode, the history of our beautiful manor has been rather less eventful.

The property subsequently passed into the hands of local Justice of the Peace, William Long Fitzpatrick, who commissioned the manor we see today, built by the local architects Usher and Anthony. The date of the building – 1901 – and the Fitzpatrick family crest are displayed over the main entrance.

After World War II the Manor was used as a guest house and as a hospital for the Ministry of Supply. Later it was employed as a research establishment for a time, before becoming a hotel in 1973.

Today, the historic hotel and wedding venue is under the stewardship of 2017 Peterborough Young Entrepreneur of the Year Raj Regmi, who has vast experience of running hospitality properties. 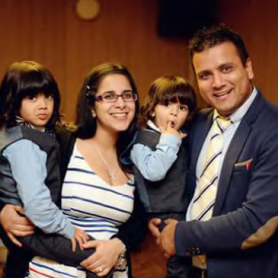